There’s a popular belief that how confident you feel within yourself directly correlates with whether you are a leader or a manager. Many psychological studies, especially within the armed forces, have shown that there are several differences between a leader and a manager. 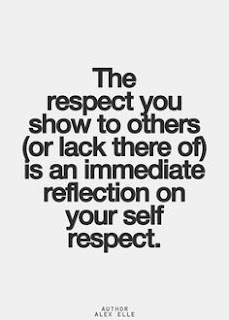 People that are insecure and have low self-esteem have a need to feel powerful will actively disadvantage others. I mentioned previously that I have worked with people that I liked, but have no respect for.  One was always kind to me and I knew if I needed anything that he would move mountains to help me, but he was so insecure that he could never take responsibility for a mistake and would find any means to pass the blame on to someone, anyone, else.  There was a time during an interview process that the female in the team was threatened by my intelligence and after the interview she went out of her way to bad-mouth me, even by being untruthful, but the silly woman didn’t consider that her boss liked and respected me enough to tell me this, which I was very grateful for as it meant I had a very lucky escape!

There’s not necessarily anything wrong with being a manager, as long as that matches the expectations of the team, but more often than not it doesn’t.  Some people are in a leadership position because they matched the job description on paper, they might be great at getting the team to hit targets, but the difference between a leader and a manager is building the team to be the best it can be. There are many teams that have a manager, but the true leader is someone that reports to the manager.

I’m sure you can easily identify these traits within your own team, and hopefully some leadership qualities within yourself. If you strive to be a leader never forget that you don’t need to be in a management position to lead.