I’m a Type-A personality.  I have always been the type of person that knows what I want. I am ambitious, direct, honest, determined and strong-willed.  I will walk away from any situation that would involve me sacrificing my principles or dignity, and I am proud of it.  A lot of my directness and bluntness developed from working in a critical medical environment where urgent literally means urgent and flowery sentences slow down progress, and from working in male-dominated corporate environments where directness is the norm.  A few acquaintances and colleagues have called me many things over the years - ballsy, forthright, alpha female, and a lot worse.  All because I share characteristics that are expected of, and applauded with, men.

I am a Type-A because I live in a world where women have fought for me to have the right to be who I am. But we still have a long way to go.

Not least, there are still men in this world who think it acceptable to leer and jeer at women, and others who might be different from them. I use the "service" lift at work as it's a few steps from my office and on the right side of the building for my commute. It's not on the pretty side of the building, and it's access is through a building site full of men who stare to the point of turning as we walk past, those dressed in lycra get a lot worse. There was an article in Runner's World this month regarding female runners: "Almost half of female runners in the UK have experienced harassment while out doing their miles. Many have just come to expect it – and that’s something that ought to upset everyone."
﻿﻿﻿﻿﻿﻿

What are the repercussions for such men? They become the President of the United States.
The World Economic Forum predicts the gender gap won't close entirely until 2186.  International Women's Day "provides an important opportunity for ground breaking action that can truly drive greater change for women.  Women around the world are using International Women's Day as an important opportunity to celebrate the social, economic, cultural and political achievements of women because visibility and awareness help drive positive change for women and declare bold actions you'll take as an individual (or organisation) to help progress the gender agenda because purposeful action can accelerate gender parity across the world."

I believe we have the power to embolden women, to champion our success, for our education, and to stand up against violence.  #BeBoldForChange 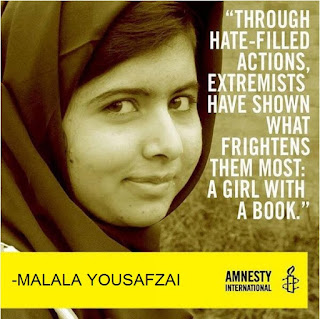